Musli/White Musli/Safed Musli (سفید موصلی) known by its scientific name Chlorophytum Borivilianum is a rare herb from India. It is used in traditional systems of medicine including Ayurveda, Unani, and homeopathy. It is traditionally used for arthritis, cancer, diabetes, boosting vitality, improving sexual performance, and for many other uses.

It is also gaining increased importance as a health-tonic, which boosts the general immune system of the body. Today it is also showing up in supplements promoted for bodybuilding.

Due to its diverse medicinal benefits, the plant has been recognized as the sixth most important herb by the Medicinal Plants Board, to be preserved and protected.

There are no known side effects of Musli, if taken under prescribed doses. Higher doses may, however lead to gastrointestinal upset.

Be the first to review “Musli (Safaid Musli)” Cancel reply 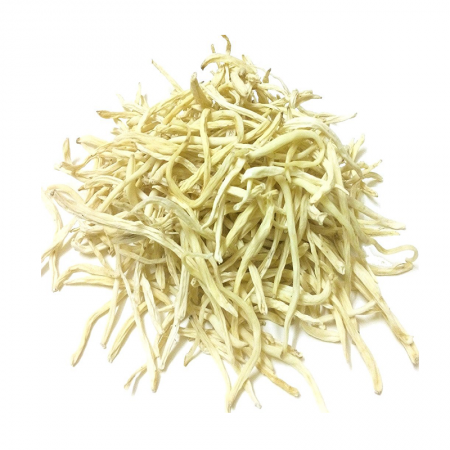