Musli/White Musli/Safed Musli (سفید موصلی) known by its scientific name Chlorophytum Borivilianum is a rare herb from India. It is used in traditional systems of medicine including Ayurveda, Unani, and homeopathy. It is traditionally used for arthritis, cancer, diabetes, boosting vitality, improving sexual performance, and for many other uses.

It is also gaining increased importance as a health-tonic, which boosts the general immune system of the body. Today it is also showing up in supplements promoted for bodybuilding.

Due to its diverse medicinal benefits, the plant has been recognized as the sixth most important herb by the Medicinal Plants Board, to be preserved and protected.

Musli is a very popular aphrodisiac agent, with no side effects. It is often prescribed for enhancing male potency and overcoming signs of fatigue. It is particularly used for individuals with low sperm count and low libido.

It is also regarded as an energy booster in asthmatic conditions. The roots of the herb are also used to strengthen the general immune system of the body.

The tuber roots of the plant have been used since ancient times, to prepare nutritive tonic for sexual weakness and is used in Ayurvedic medicines even today.

Musli proves useful as a nutritive tonic for both the mother and the fetus, during pregnancy and is also used to replenish the body fluids during the postpartum stage.

The herb improves the quantity and flow of breast milk, in feeding mothers.

It has many health promotional benefits. It is used to control and prevent obesity and its side effects.

The activities of vitamin C and antioxidant enzymes are also enhanced by the use of this plant species.

Research has indicated that the plant species is used for curing diabetes and arthritic conditions.

Musli is also beneficial in the treatment of natal and postnatal problems.

Its regular use causes increase in the level of High Density Lipoprotein (HDL or good cholesterol) and decrease in the plasma and hepatic lipid profiles.

Apart from rejuvenating the reproductive system, the herb prevents premature ejaculation and is also used in chronic leucorrhoea.

There are no known side effects of Musli, if taken under prescribed doses. Higher doses may, however lead to gastrointestinal upset. 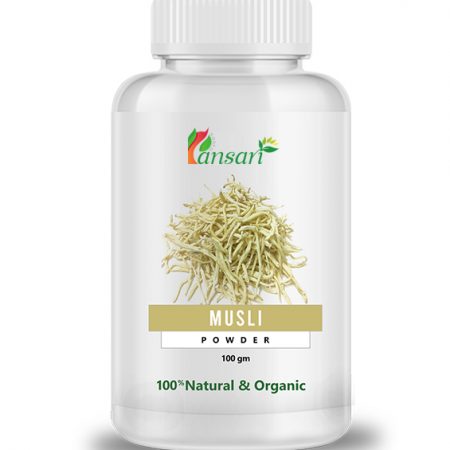